2014 will mark the 40th year that Richard Morgan left the comfort of working in a university glassblowing shop and started on his own.

Back in 1974, Richard set up shop at 1845 ½ West Georgia in Vancouver. It was probably the only half address in the city. His company was not called Sandfire Scientific Ltd back then. It was called The Glassworks of Canada.

The Dominion Glass Company in Burnaby, BC manufactured large quantities of bottles, tumblers, lamp chimneys and other assorted glassware until it shut down around that time. They had huge furnaces which were taken apart when the company closed. Richard acquired a large stone and took it to a head stone cutter who built his first furnace from that one stone that came from the Dominion Glass Company. The stone was 4’ X 3’ X 2’. Then, Richard moved to Mission, BC and eventually formed Sandfire Scientific Ltd. Looking at old Purchase Orders, we saw that he sold 24 funnels to the University of British Columbia for $36 in 1974. It was a rush order, too.

Richard lived through a few adventures. In the beginning, the space he was renting had a wooden floor. After setting his annealing oven one evening, he left the shop. When he returned the next day, he found that the oven had sunk about six inches as the legs of the oven had burnt through the wood floor underneath. There was no damage other than having to replace the wooden floor with a concrete floor that would be able to sustain the weight and heat of the oven.

So, there`s been a lot of learning and wisdom gained over 40 years in the business of scientific glassblowing. Richard wants returning and new customers to benefit from all that experience.

Please contact Sandfire Scientific Ltd for all your scientific glassware needs. Thank you!!! 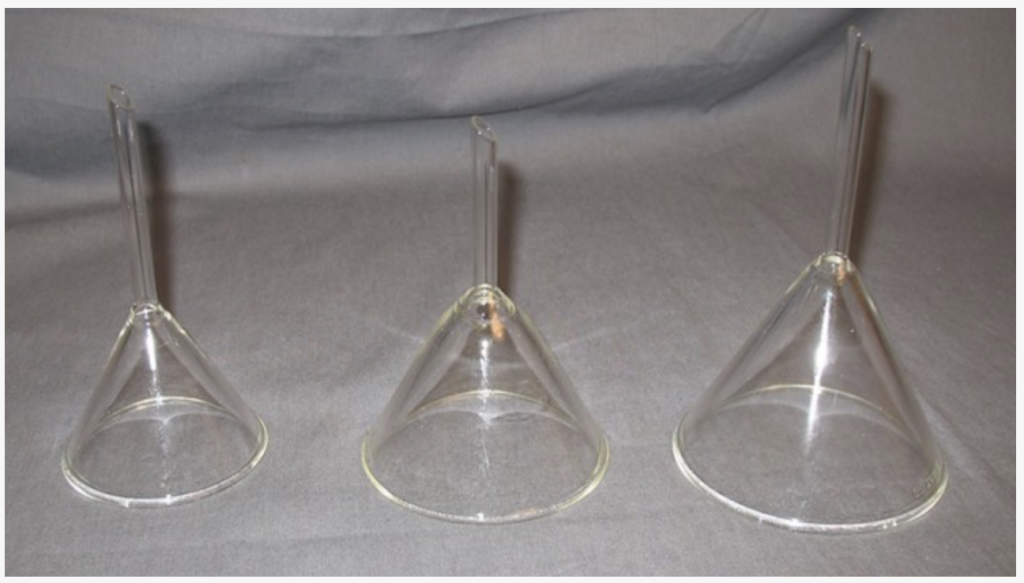