Once in a while, we are asked to make something out of soda-lime glass. What is soda-lime glass? It is glass that melts at a lower temperature than borosilicate. Its resistance to chemicals is not as strong as borosilicate. And it has a higher coefficient of contraction and expansion, but poor glass if the fluctuation in temperature is great. It is a good material for glass to metal items, but is almost always impossible to repair. That’s why it works well for disposable items, such as pipettes, that are often required in large quantities. We have made photoionization detector blanks (PID Bulbs) made of soda lime for one of our customers. 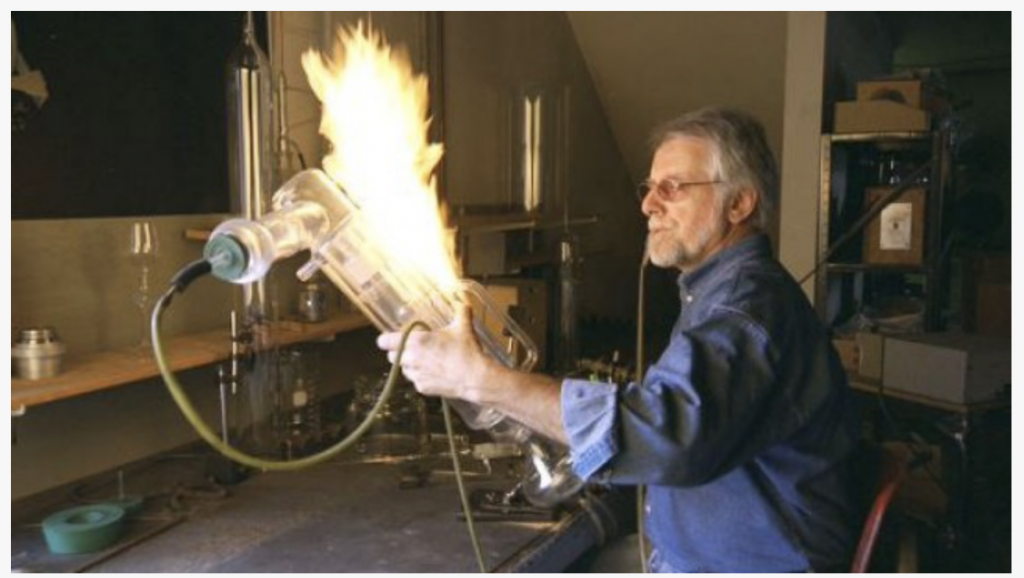 Borosilicate, unlike soda lime, is highly resistant to chemicals and is commonly used for laboratory glassware. It can also withstand higher temperature found in a lab environment. Its low expansion property allows us to manufacture items, such as flasks, with a much thicker wall, thus allowing greater strength and durability. Most borosilicate items are usually repairable since an item will often break or chip at the joints. Not being as pure a glass as Quartz, Borosilicate is easier and less costly to manufacture, making the finished products less expensive to purchase.

Quartz tubing and plates are made of almost pure glass; a combination of silicon dioxide and sand. Although more expensive to produce than Borosilicate, the demand for Quartz items has increased because of its high purity nature and greater resistance to heat. It can handle very high temperature and is optically excellent. We have manufactured PID blanks for that same customer for use in satellites. We have supplied Quartz plates to another customer for use in large telescopes. And of course, the fabrication of Quartz ampoules, like the ones we ship all over the world as you may have read in other blogs. There’s also high purity Quartz, and synthetic Quartz.

Then, there is Sapphire. We don’t get to work with man/woman-made Sapphire too often. Your research or production funding has to have many zeros behind the first digit. It is chemically inert and insoluble in HF, HCl or sulfuric acids. Sapphire can handle very high temperatures; over 2000°C. It’s scratch resistant and thinner than other material with comparable strength. It can withstand more pressure. The list of amazing properties of synthetic Sapphire goes on and on.

We have also worked with ceramic, but that will be for another blog. Let us know your needs when it comes to the wonderful world of scientific glassware.